No Result
View All Result

Mohamed Salah extends his deal with Liverpool till 2025

by Supatips
in feature, Transfer News
Reading Time: 3 mins read
A A
0

Mohamed Salah has renewed his contract with Liverpool, keeping him at Anfield through 2025.

After an 18-month contract standoff, Salah’s salary of more than £350,000 per week makes him the highest-paid player in Liverpool history.

Every modern goalscoring record set by Liverpool’s legends will be in question by the time Salah’s new deal expires.

Merseyside will be relieved by the compromises reached by both parties that resulted in a conclusion, especially in light of the transfer of Sadio Mane to Bayern Munich last month.

Liverpool’s executive always assumed Salah would not follow Mane out of the club, despite his flirtations with Real Madrid, suggestions that he might leave on a Bosman desal, and cryptic social media texts from his agent throughout the negotiation process.

It is difficult to escape the impression that Mane’s departure increased the likelihood of a Salah deal as negotiations heated up in the past two weeks.

Negotiations became challenging in 2020 as Liverpool tried to lock down the majority of their multiple-award-winning team. Among those who signed new contracts in 2021 were Trent Alexander-Arnold, Fabinho, Alisson Becker, and Virgil Van Dijk.

The owners of Liverpool, Fenway Sports Group, believed it would be too tough for their star striker to leave his Anfield legacy as recently as May, when Salah publicly declared he would see out his contract rather than allow himself to be sold.

Stand aside. Liverpool had the most significant summer signing in Haaland and City
The hunt for Mohamed Salah’s signature on a new Liverpool contract came to an end on the picturesque Greek island of Mykonos, not in the legends’ suite at Anfield.

An 18-month contract deadlock was settled there by a Liverpool delegation headed by Director of Football Julian Ward, with talks advancing in recent days as both parties made the necessary concessions to prevent the unimaginable. Salah is currently vacationing with his family there.

Sadio Mane leaving Liverpool this summer can be viewed as a mistake. It would have been careless to lose Salah as well in a year.

Alex Smithies commits to Leicester City after his transfer is confirmed

Salah demanded a contract worthy of his superstar status right away. Liverpool insisted they would only make payments that were within their means. Mane’s departure prevented him from accepting his huge pay increase, thus Salah was given an offer he could not reject. His new compensation exceeds £350,000 per week, and between now and 2025, he will earn extra based on goals and assists. Salah has given himself the go-ahead to achieve big goals. 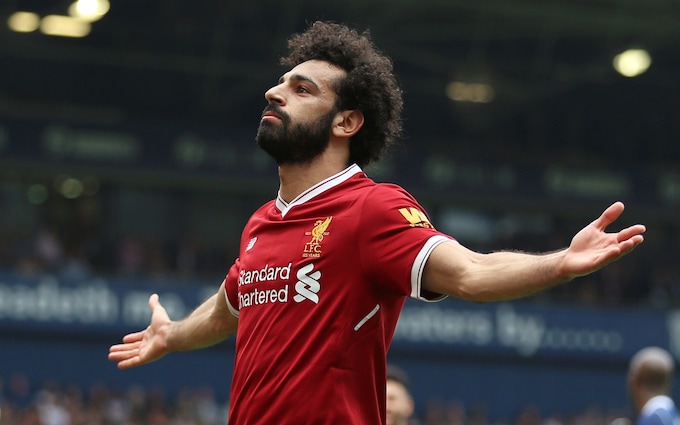 The Liverpool hierarchy was always confident that Salah would find it impossible to leave the club where – fitness permitting – he will now continue to shatter goal records, although both parties were willing to engage in brinksmanship to gain what they wanted from the transaction.

The most significant meeting between Salah’s representative Ramy Abbas and FSG President Michael Gordon took place in Miami at the beginning of 2022.

There was no agreement, but Salah wanted to stay and Liverpool wanted to keep him, so that was a given. That was encouraging after a year of courting La Liga’s top teams, most notably Real Madrid. It implied that while some of the public messaging was depressing, it contrasted with private expectations, which served as the foundation for further discussions.

However, as the months went by, the possibility of a Bosman deal grew more likely. Salah had made it clear before the Champions League final that he would go for free if a deal was reached, and he would have been able to sign a pre-contract agreement with foreign clubs starting in January.

Now that Mane and Roberto Firmino are no longer a part of Liverpool’s attack, Salah is dedicated to playing the same key role they did.

Goals and assists are certain with him around.

Manchester City and Erling Haaland should move aside. Liverpool recently signed the most significant player of the summer.

Man City and Sergio Gomez agreed on a price, bringing the left-back deal closer to completion

Harvey Elliott agreed to a new long-term deal with Liverpool

No Result
View All Result